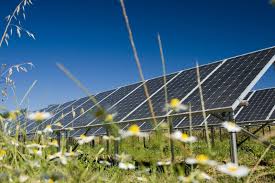 Cities have a unique role in protecting our environment.  Cities mandate and regulate recycling.  They also manage stormwater runoff, in conjunction with local watershed district agencies.  They regulate land development, including limits on lot coverage, as well as tree preservation and replacement requirements.  And, of course, cities manage large buildings and acres of open space.

Dan supported conversion of the Skating Center to a geothermal system in the early 2000’s, and supports future expansion of that system to service more of the City campus.  He supported implementation and enhancement of the City’s tree preservation ordinance.

Early in his first term, Dan initiated consideration of becoming a GreenStep City, which ultimately led to Roseville’s current status as a Step 2 City in that environmental benchmarking program.  Roseville is currently working toward Step 3 status.

Dan favors City involvement in alternative energy, including solar installations and/or City financial participation in solar gardens.  He supported the agreement between the City and the St. Paul Port Authority to help establish solar installations in Roseville like the one at St. Christopher’s Episcopal Church.